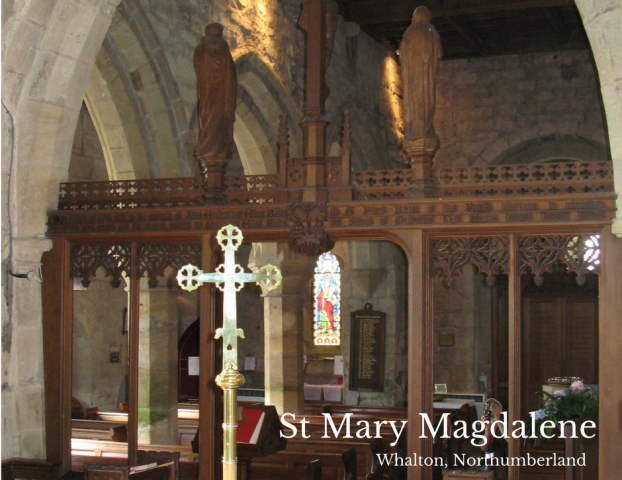 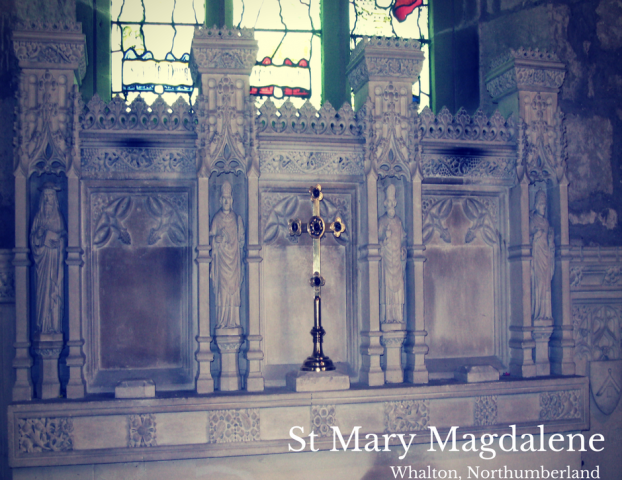 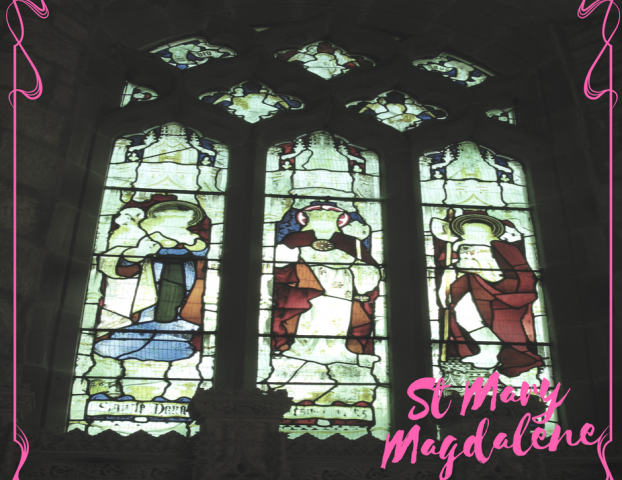 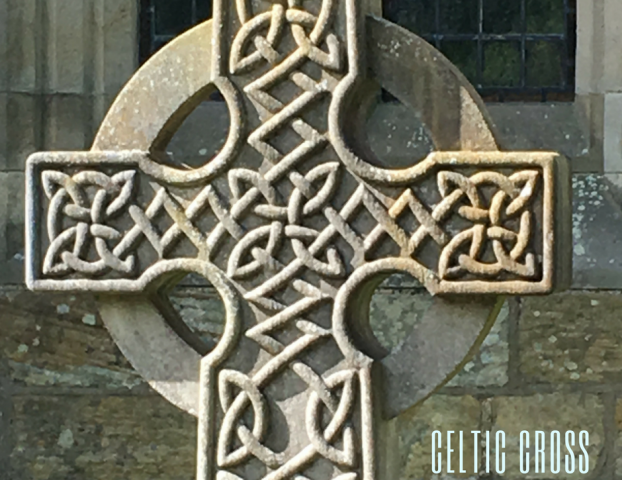 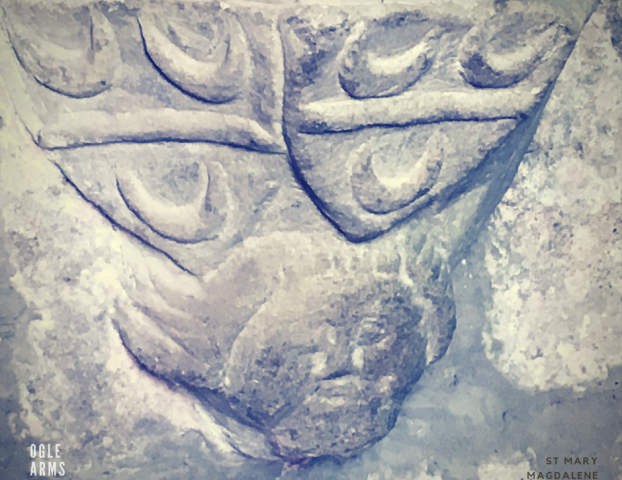 St. Mary Magdalene was built around the year 1100 only a few years after the Norman conquest of England, although extensions and modifications have taken place over the centuries since.

The Ogles had controlled the area and other places within Northumberland even before the Norman Conquest and they were one of a very few Saxon families that were allowed to keep their lands following the conquest.

Imagine the numerous generations that have used the church – Elizabethans with ruffs around their necks, Georgian gentlemen doffing their tricorn hats on entering, Victorians in the clothing styles of their day – and think of the thousands of celebratory services that have taken place over the centuries – baptisms, weddings, national occasions, harvest, Christmas, Easter.

To the north of the altar is the Ogle chapel with its burial vault below and Ogle memorials on its walls.

Lilian Denison, wife of Newton Charles Ogle
Pedigree of the Ogles of Kirkley 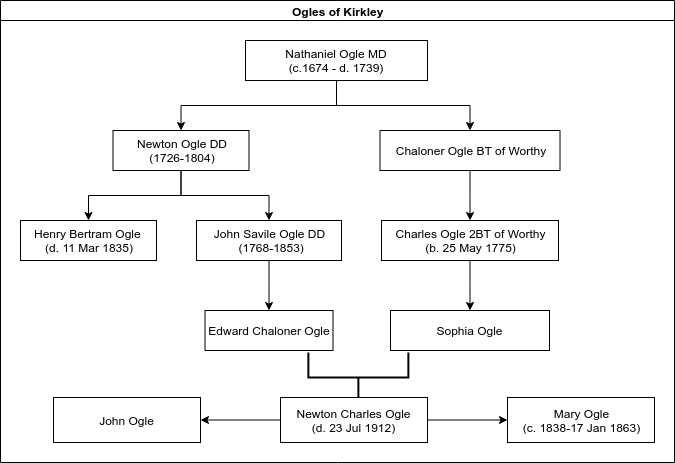 One of particular note describes the sad story of John Ogle who died aged only thirty-two in 1831, fifteen months after the death of his young wife in childbirth. The baby girl survived only to die in Spain aged only sixteen. This memorial was sculpted by a London firm that later sculpted the statue of Horatio Nelson that is atop Nelson’s column in London. 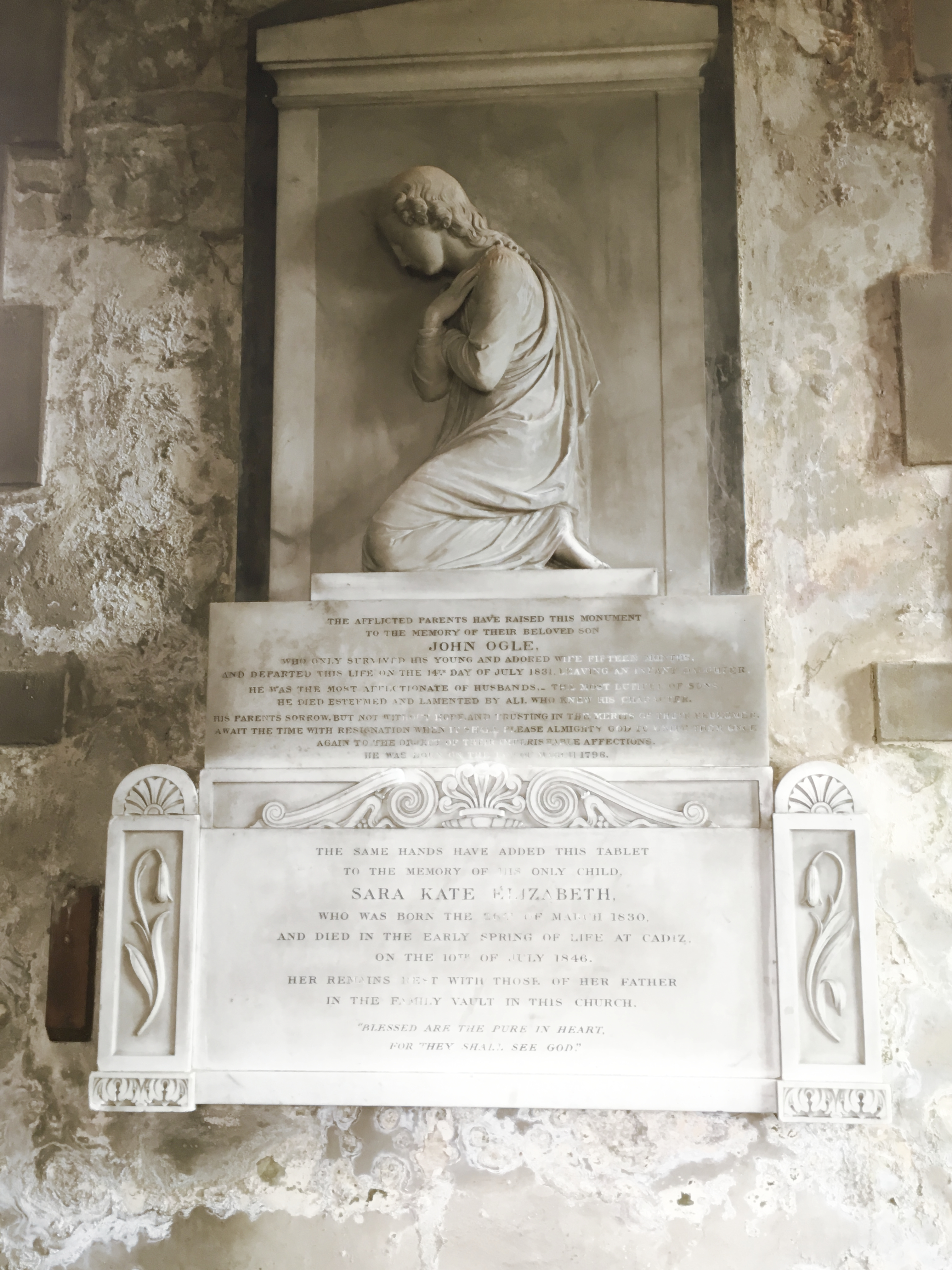 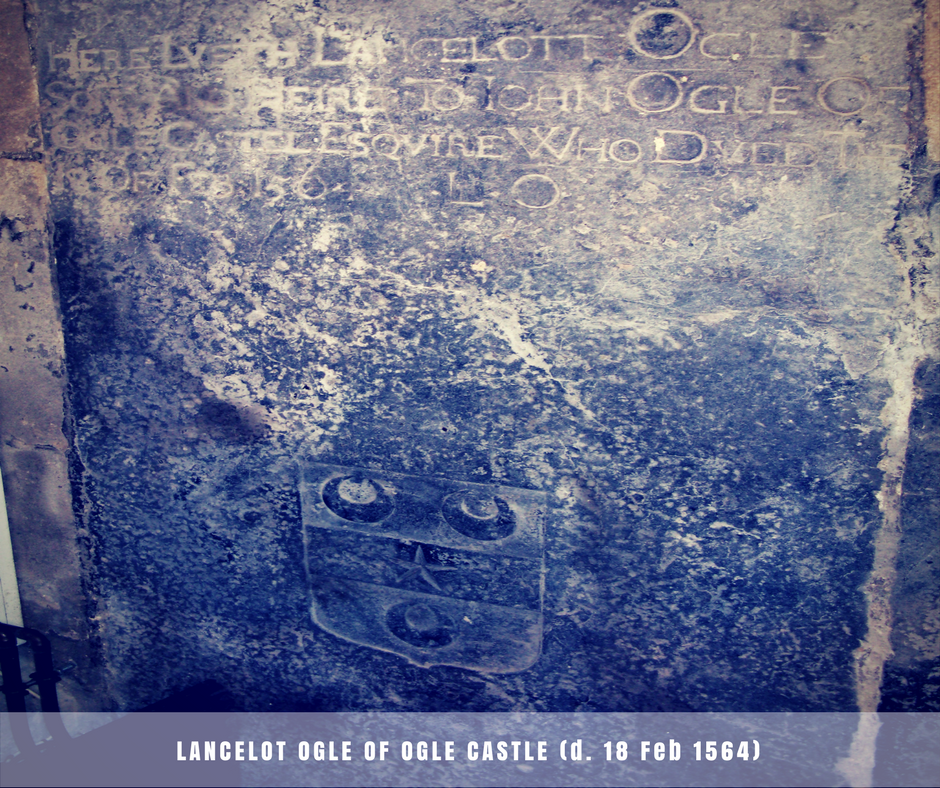 A stream runs diagonally under the Ogle chapel to exit the church near the main entrance. The clay pipe which contained it has crumbled over the centuries so that the vault under the chapel is now known to be flooded.

Ogles were laid to rest not only within the vault but outside in the churchyard immediately under the Ogle chapel window.

There are at various points within the church memorials to local men who fell in the Great War and World War II.

Until 1534 St. Mary Magdalene was a Roman Catholic church and until that date the interior walls were covered with paintings and texts as many of the worshippers would have been illiterate. Apart from a small area of Latin text above the central bay of the north aisle these were removed by the strictures of the ascendant Protestants as were much of the stained glass windows and other adornments.

Historian George Robson guided O/OFA around St. Mary Magdalene church during our reunion in Northumberland. If any Society member is visiting Whalton freelance, he will be happy to attend and show you around.